Electric Distribution Poles: What Do They Do?

HomeNewsBlogElectric Distribution Poles: What Do They Do? 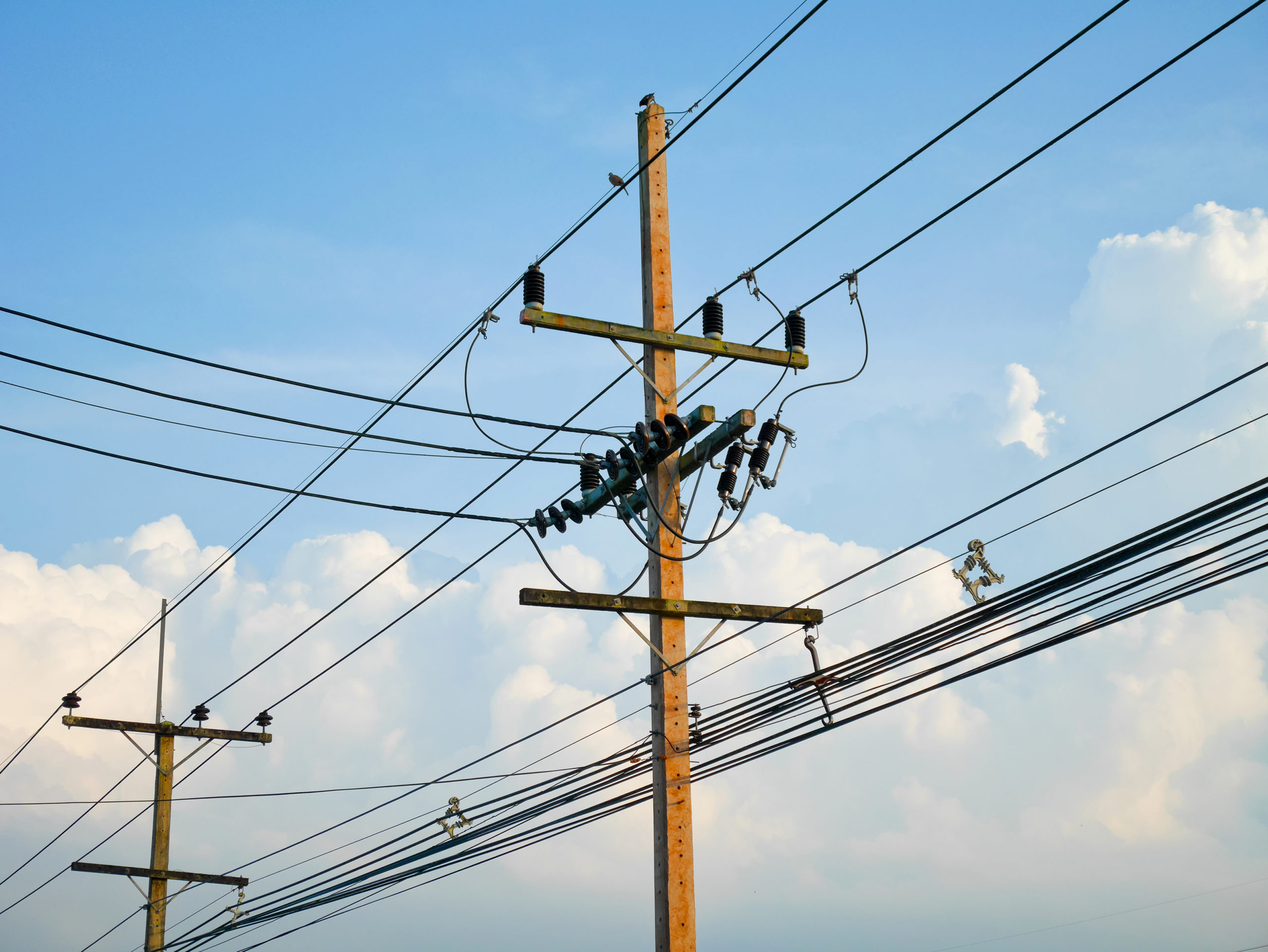 One of the most important lifelines of modern civilization is electricity. However, we are so used to seeing electric distribution poles along streets and roads, we rarely stop to look at them closely or wonder what they do to supply power to our homes and offices. Electric distribution poles can be an extremely interesting study. The 50-ft tall wooden structures with masses of running wires aren’t necessarily aesthetically pleasing, but once you learn the role they play in our lives, you can’t help but be grateful for their presence.

In this article (courtesy: American Electric Power), we will deconstruct electric distribution poles, from top to bottom, in as simplified a way as we can. Check out the accompanying image for visual reference as you read. At the top of the pole are the primary or main wires. These wires connect to nearby substations and can carry between 7,200 – 34,500 volts, with 12,000 volts being most common.

There is only one wire if the electricity is going to a residence. For businesses and offices there are three wires, as these institutions consume more energy.

A structure called a cross-arm supports the primary wires. Insulators hold these in place and keep both the cross-arm and the pole from becoming energized by the wires.

Below the primary wires are cylindrical objects known as lightning arrestors. These protect the electric pole and all its parts from damage caused by lightning.

At about the same level as a lightening arrestor is the cut-out.  A cut-out is similar to a fuse in your home. It protects the pole and its equipment from too much electricity. If any object, be it a tree limb or a bird or a squirrel, comes in contact with a wire, the cut-out drops open to visually indicate that there is a problem with that section of the line. If you ever see a cut-out open, call your power company.

Below the cutout is a piece of equipment that looks like a can called a transformer. It takes the electricity from the wires at the top of the pole and steps it down to the lower levels needed for a home or a business.

Under the transformer is a copper wire called the neutral wire. This does not mean that it is safe to touch! The neutral wire is a return line that goes back to the substation and helps to balance the amount of electricity out on the system. Without this neutral wire, our appliances could get too much or too little electricity, which would cause damage.

At the bottom of the pole are copper grounds. These are protective pieces of equipment and direct electricity into the earth.

If there were ever to be any problems with equipment on the pole, the electricity would be attracted to the copper grounds, because they are a conductive material which would pass it to the earth.

Lastly, on some poles, depending on location, there could be another larger wire running off at an angle into the ground called a guy wire. These are used to support the poles. To protect people and animals walking past guy wires, they usually are covered with an insulator. The lower end, where the cable enters the ground, is often also encased in a sheath of yellow plastic reflector to make it more visible.

Now let’s talk about some safety hazards that distribution poles can cause: