Digger Derricks: The Hole-y Grail of Digging and Lifting Equipment

Any industrial job that requires holes to be dug into the ground calls for a digger derrick – a crane-mounted truck with a large boom and an auger (a drilling device).

Depending on how big the auger is, a digger derrick (some call them auger cranes) can dig holes that are 18 inches in diameter and 10 ft deep. They also lift and shift heavy materials, like poles, and hoist personnel to perform aerial tasks.

The utility sector is where digger derricks find the most use, in power distribution and power transmission applications, but they’re also used by telecom, construction, forestry, and other industries. THE HISTORY OF DIGGER DERRICKS

Like so many industrial solutions that evolved in the post-World War II climate of retooling and reinventing engineered products, the digger derrick was designed in the 1940s to modernize electricity.

Until then, electric pole installation was a slow and labor-intensive process with work crews digging holes using shovels and hand-augers.

Leroy C. Lindquist, owner of an equipment manufacturing company in Minnesota, came up with the idea of a machine run by power take-off on a truck’s transmission in order to speed up the digging process. By the 1950s, mass production of digger derrick trucks was well underway.

A hydraulic version of digger derricks was introduced in the 1960s. As the years went on, more innovations were introduced. These include fiberglass components to improve insulation and radio controls for remote operation. From digging to lifting heavy materials, these trucks could perform a multitude of tasks that simplified operations in a variety of jobsites.

DIGGER DERRICK TERMINOLOGY YOU MUST KNOW

Defines the unit’s optimal digging radius and what size pole the digger derrick can lift.

A metric to describe a unit’s maximum lifting capability – but only when the boom is fully deployed, straight up, at its highest angle, not at any other angle.

As is apparent from the phrase, this defines the amount of weight a digger derrick can lift when the load is 10 feet from the center of the truck. Ten feet became the industry standard measurement probably because it is the smallest load radius that has practical value when gauging a unit’s capacity. Keep in mind, though, that this capacity can change depending on the location of the boom on the truck.

What are the benefits of digger derricks?

An alternative to digger derricks on wheeled chassis is an auger crane on tracks. Sometimes, they are better suited for terrains with less than optimal conditions, like grounds with inclines.

Waterlogged, sandy, swampy or snowy grounds may also be hard for truck wheels to negotiate. The continuous band of track treads has superior traction and covers a larger surface area, which better distributes the weight of the truck on uneven ground.

Looking for new/used track digger derricks on sale? Check out Custom Truck’s inventory, on the ground and ready to go, by clicking HERE. 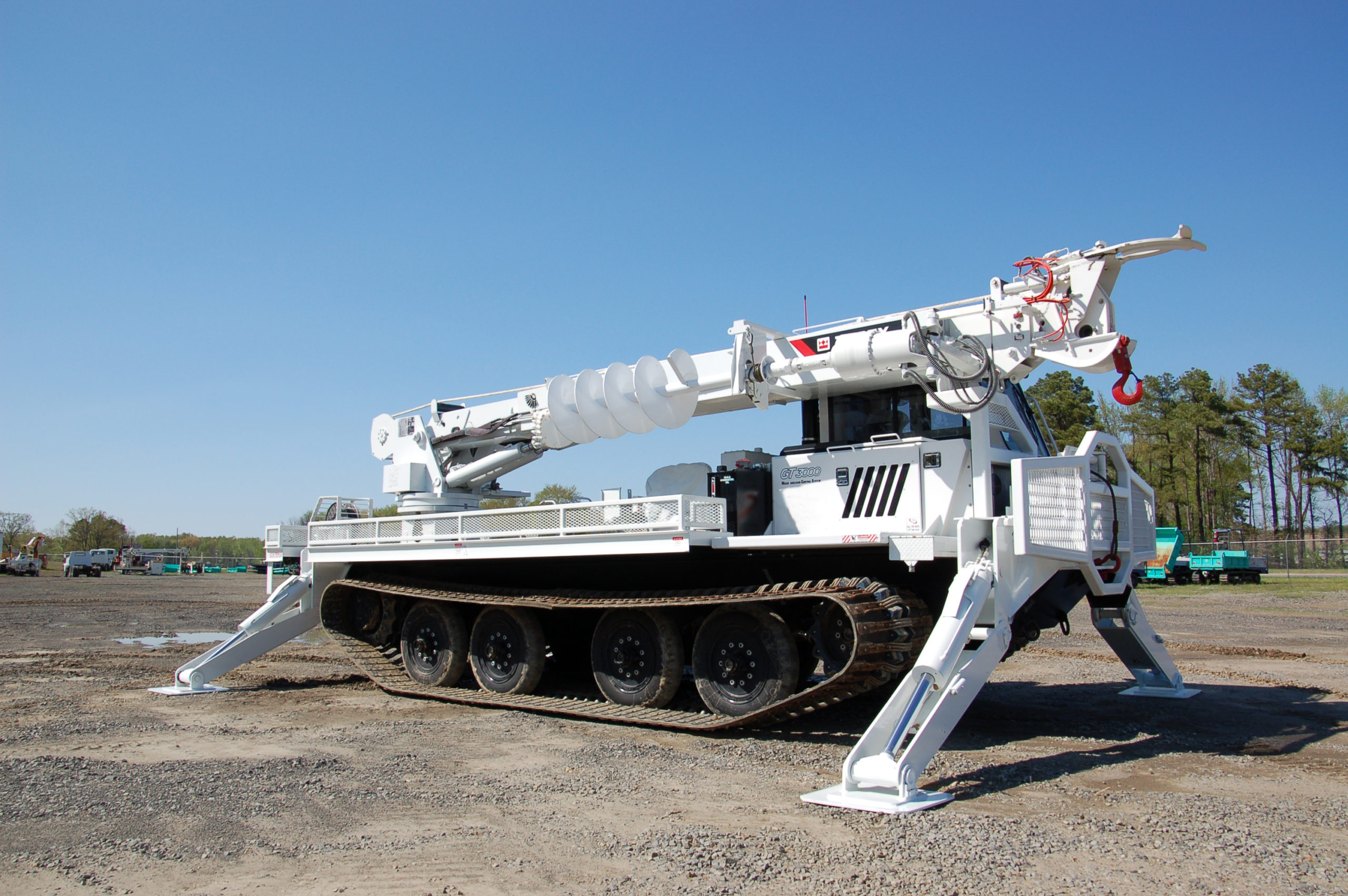 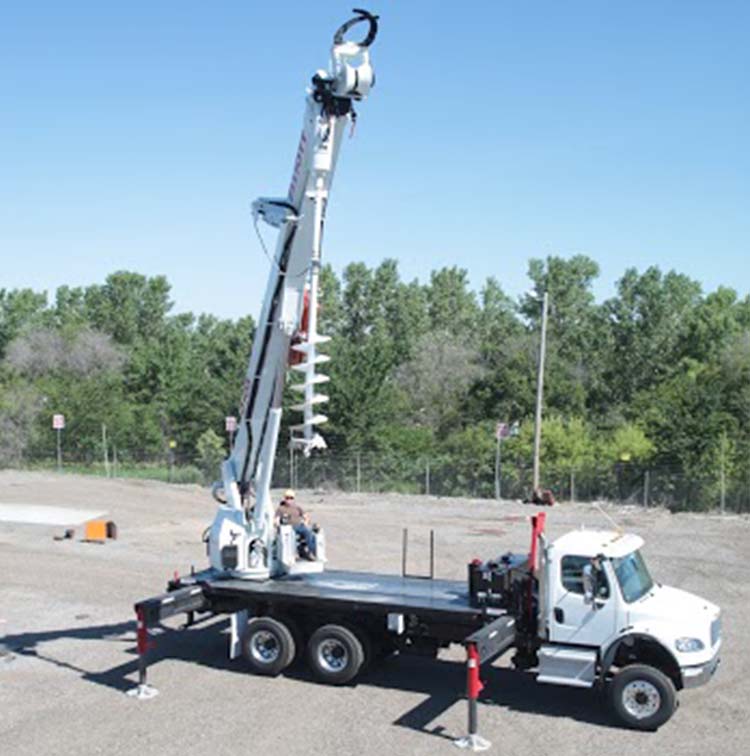 BUYING GUIDE: 6 TIPS ON CHOOSING THE RIGHT DIGGER DERRICK FOR YOUR NEEDS

Looking to buy or rent a Digger Derrick that is JUST RIGHT for your business?

Custom Truck One Source has you covered with the industry’s most respected brand names in our inventory like Terex and Elliott.

CHECK OUT OUR INVENTORY OF DIGGER DERRICKS FOR SALE OR RENT BY CLICKING HERE.