Read This Before You Buy Your Next Roll-Off

Roll-off is a generic term for any truck that is responsible for loading/unloading and transporting portable or removable containers from one location to another. Characterized by the use of open, topless containers and the ability to roll and tilt them, roll-off trucks allow operators to have containers at many locations, serving multiple customers with fewer trucks and drivers.

Whether it’s waste management, construction, demolition, roofing, or some other kind of bulk disposal or clean-up task, roll-offs are great alternatives to larger fixed-bodies, which may not be able to maneuver as well in tight spaces. Therefore, they are well-suited for a wide variety of applications. 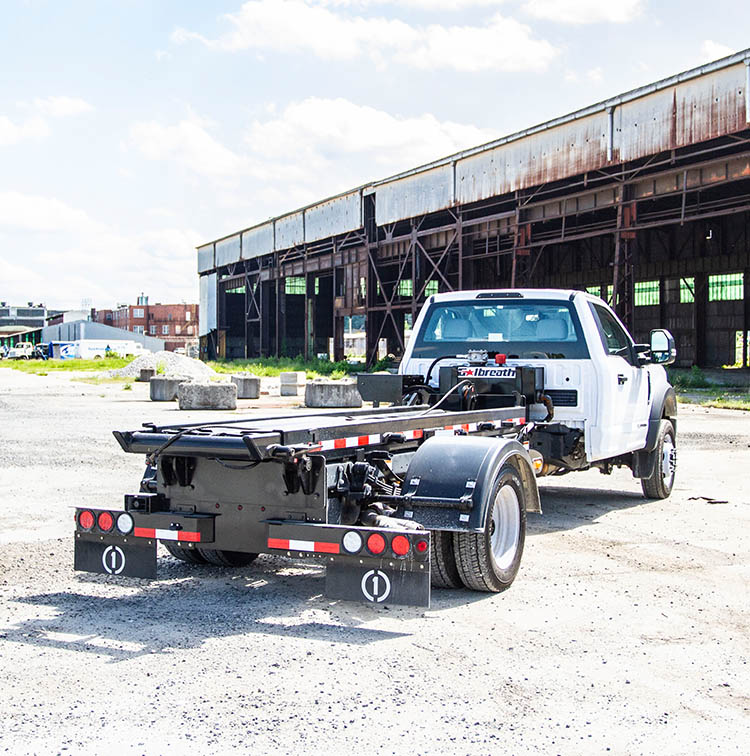 Take demolition projects, for example, where large amounts of rubble and structural remains have to sorted and hauled offsite. They need the strength, durability, and space offered by roll-off trucks. Or cleaning up after a natural disaster, like a hurricane with fallen trees and other resulting debris, which requires fast and efficient removal. The list goes on. By being able to place multiple containers side by side, sorting and loading can occur continuous, without having to wait for a truck to arrive.

The concept of roll-off trucks was devised in the 1950s by an Oregonian trash mover named Harold Alexander. Frustrated by the limitations of the truck equipment he was using at the time, he created a blueprint for a roll-off prototype that would make his job easier by saving time, space, and labor. “Dad’s intention was to not market his roll-off, but rather to give himself a competitive edge against the other Portland haulers,” remembers Harold’s son Todd Alexander.

But the rest, as they say, is history. Roll-offs continue to evolve over the years, and current iterations have extended their applications with improved designs and state-of-the-art technology.

At Custom Truck One Source (CTOS), where we sell industry-leading Galbreath, Palfinger, and Amrep products, we receive a lot of queries from potential buyers about roll-offs. To answer some of the most commonly-asked questions, we sought the expert opinions of Bryan Bachmann, the Product Manager of Roll-Offs and Hook-Lifts, at CTOS:

What are the different types of roll-offs?

The most common roll-off truck in the U.S. and Canada is a cable hoist roll-off with multiple sub groups and styles of frames and under structures, followed by a hook-loader. These are the two main movers for containers, and they can go from a tandem axle to a single axle.

Tell us more about a cable roll-off.

It’s a tilt-frame that uses hydraulic cylinders mounted to the rear end of a truck. The cable roll-off system has evolved from a drum winch to a reeving system. A reeving system is now the most common, occupying 99% of the space. A cable system uses the hydraulic cylinders to make a cable travel a fixed distance of roughly 22 or 24 feet. So you hook on to the container and it allows you to load the container at a varying angle, using a cable to pull on the container under the roll-off.

Explain the mechanics of a hook loader.

A hook loader is a mechanical system with using a hook and the A-frame on a container. The hook articulates to the rear of the truck at a certain height, grabs the container, and then articulates back towards the cab, loading the container onto the truck.

Hook lift, hook loader, hook roll-off, hook hoist – are they all the same?

Explain the safety advantages of a hook hoist over a cable hoist.

With a cable hoist, the operators have to exit the cabin, go between a `pinch point’ (the rear of the truck and the front of the container), reach down in a compromising position, put the cable end of the hook on the container, and then get back into the truck and load it. They then have to step back out of the truck to tie it down. So, if you’re in a muddy or icy area, you have an operator climbing in and out of the cab, risking chances of slipping and causing neck, back, or ankle injuries. In contrast, with a hook hoist system, the operator never has to leave the cab at all! They can operate safely from inside the cab, making the process faster and more controlled for loading and unloading.

What are the other advantages of a hook lift truck?

Firstly, a hook lift truck can haul multiple types of containers, which can reduce the size of one’s fleet and therefore reduce costs. Secondly, they offer the convenience of ground-level loading and unloading and can position containers more accurately. And their changeovers are also pretty fast.

What are the advantages of a cable hoist roll-off?

They are more suitable than hook hoists for unloading at sites with limited overhead clearance, due to their lower angle unloading capabilities. Cable hoist roll-offs are designed to carry both inside and outside rail containers, which maximizes their usability.

Generally speaking, cable hoists are more efficient when it comes to servicing heavier loads. Rather than lifting from back to front on the same geometric angle, the cable system pulls the weight up the rails. Being able to adjust the incline of the rails as the load is being pulled also means that the tension on the cable itself is significantly reduced.

What are some tips on how to choose the right roll-off truck for a job?

Start with the body. You want to know container lengths and what material you will be hauling. Know that the heavier you spec the hoist, like a 75,000 lb hoist, the less you’ll actually be able to carry, because the body itself weighs more. Know your operating areas and locations to decide between a cable and a hook. A hook hoist tends to weigh between 2,000-3,000 lbs less than a cable, but has a limited range of container lengths.

Some other factors to consider: Looking to purchase or rent a roll-off truck?

Contact us! Custom Truck One Source is not just the nation’s biggest source of new, used and rental trucks; We always have ready inventory on the ground and we offer 100% customizable financing solutions as well! You can also check out our roll-off brochure.