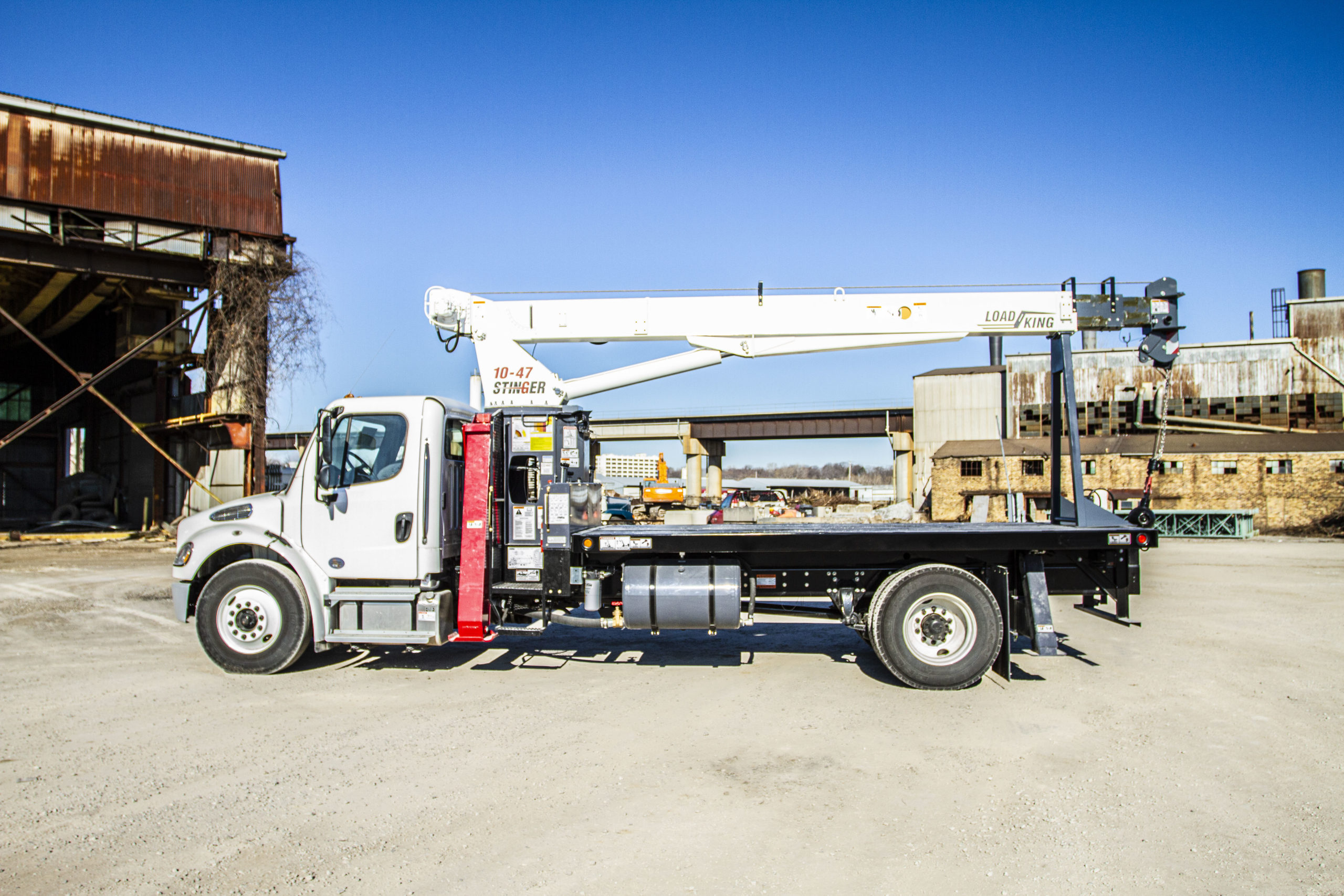 But what are boom trucks, you ask?

They are an essential piece of equipment in construction and a great convenience for construction and utility workers. A boom truck is a hydraulic crane that allows construction teams to lift heavy objects from the ground to the roof. It works with objects that are irregular in shape, too.

But that’s not all. A flatbed allows for transportation of construction materials to different parts of a work site, and with the man-basket attached to the boom, the boom truck can lift workers to reach and inspect buildings from different angles.

At Custom Truck One Source (CTOS), we have found that boom trucks are mostly used in the United States. They are less prevalent in other parts of the world, as their large size can make them difficult to maneuver in the relatively narrower roads of Europe, for example. “At CTOS, we believe in boom trucks so much, we have literally bought into them,” says Senior Vice-President of our crane division, John Lukow.

Custom Truck One Source acquired the assets of the North American boom truck and truck crane business from Terex in 2019.

“We bought the assets of the Terex boom truck and truck crane business and spent over three months moving the production line from Oklahoma to our Kansas City home,” says Lukow. “We spent July and August of last year just setting up.”

As with all CTOS equipment, they are currently available for sale (new or used) or lease.

Lukow offers an interesting background on the Stinger name for the boom trucks. “The Stinger name can actually be traced to the history of boom trucks,” he says. “Ray Pittman was in from the start of them. In the Sixties, his firm made boom trucks in Olathe, Kansas and used the Stinger name. There was an ownership change, and the production line moved to Iowa and then onto Oklahoma. Now that we have bought the products, we reintroduced the name.” Stinger is a name that resonates with users and with Olathe, the original factory, not far from here. Its return to Kansas City is a homecoming.

While we are initially rebranding and re-badging, two new boom trucks are soon to be introduced. “One is a 35USt machine with a five-section boom. Terex always kept to shorter four-section booms, but the market has been waiting for a longer five-section boom for a long time,” says Lukow, who sees a huge opportunity in the market. “Our other new product is an 80USt machine, with a six-section boom and 160-ft boom length. So, longer booms on 35USt and 80USt cranes will be our first projects since moving the business here.”

CTOS has noted the trend for longer booms while also observing federal and state road permit laws. Customers have been seeking trucks with longer booms and bigger cranes. “Using higher strength steels and aluminum to make cranes lighter is one of the ways you can put more lift onto the same piece of road,” explains Lukow. “The 40USt was a big-capacity boom truck 15 years ago, and now, 60USt is big. Times change, and we now and we have plans for a major upgrade to the  80USt model.”

We believe there is plenty of room for smaller trucks that start around 50USt. These have special features and are ideal in tight spaces. Custom Truck One Source is now building prototypes.

Engineers have been hired from Terex and testing is underway to make sure we deliver the perfect product. Lukow says, “We are making a statement with our warranties. Terex offered two years, while we offer three years for parts and five years for structural work, the boom, turret, T box and so on. We are walking the talk with this. We are putting our money where our mouth is.