Garbage collection has come a long way. From trash bags and metal cans in the early days of settling the country, the garbage industry now depends more and more on more hands-free, less labor-intensive, hydraulic solutions on wheels.

But, in spite of these specialized trucks built to service the garbage industry, there was still a gap in trash collection roles to be filled. There was a pressing need for a separate unit to go out and put containers down for the trucks.

This is where container delivery units (CDUs), or container handlers, come in. 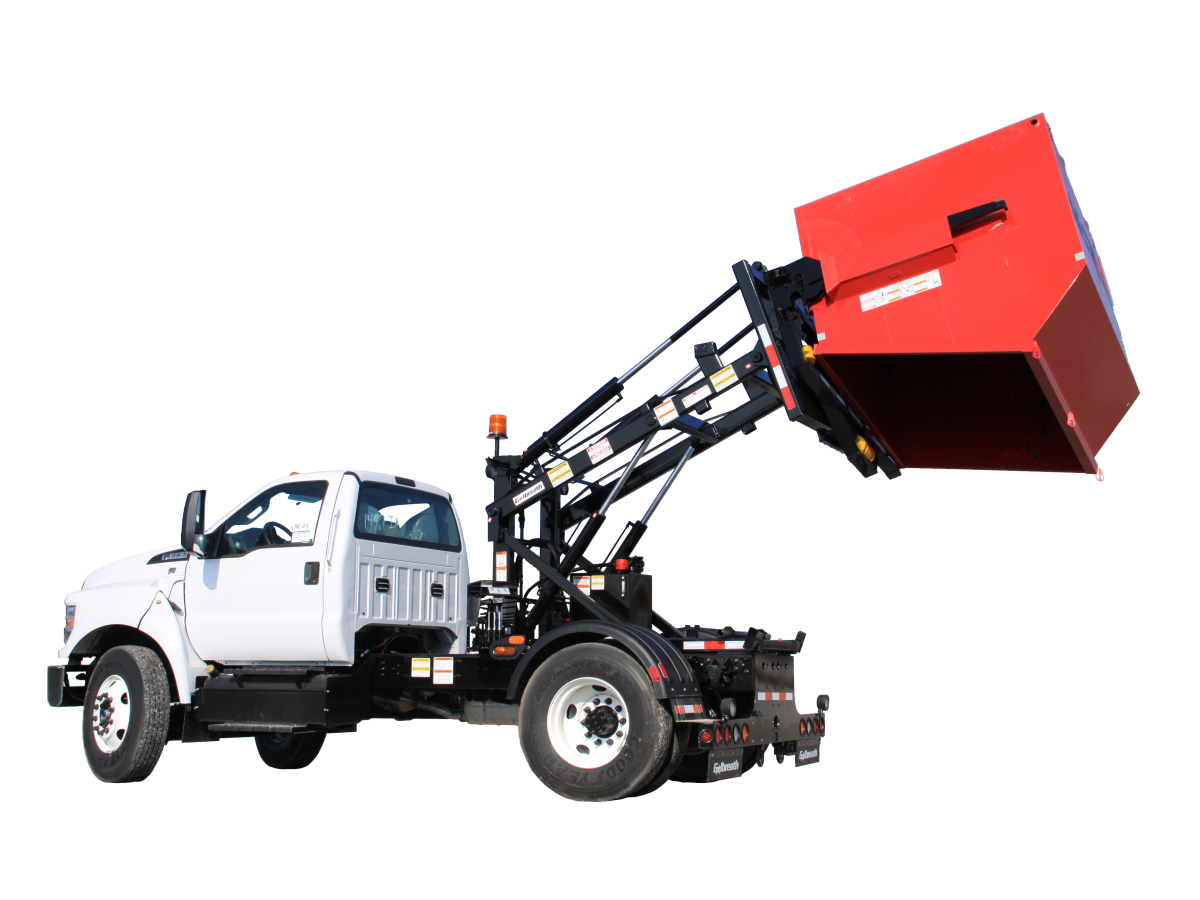 Primarily used to deliver, collect, and spot containers for a new route or customer, container handlers can also be used in “missed truck” situations; so if a trash truck missed some containers, a CDU can be sent to go grab and dump them. They can also be used for repairs, which is why they have rotators. When bottoms of containers rust and rot out, CDUs are dispatched to go stab the containers, raise them, place them on the ground, and rotate them, so the bottoms are exposed for repair work.

Most container handlers are mounted on an under-CDL chassis, so a commercial drivers’ license is not necessary to operate them. The smaller chassis also allows for better maneuverability in tight, congested areas, where CDUs often have to work.

CDUs are sometimes considered `necessary evil’ in the refuse business. They are a non-revenue generating piece of equipment, and yet, container delivery units improve the efficiency of the whole container transport process. These units make it easy to pick-up and place front load and rear load garbage containers. In certain circumstances, you simply cannot do without their services.

Other equipment relied on by the garbage industry includes:

Long considered the workhorses of the garbage collection industry, RELs are easy to operate and indispensable to both small and large haulers.

With superior functionality and reliability, front-end loaders are extremely profitable trash trucks. Using hydraulic forks on the front, they lift garbage bins up by the slots on their sides. They then tip the bin over so the lid opens up, and its contents are dumped into the box of the truck. Once the transfer is complete, the bin is lowered back to the ground, and the flap on top of the truck closes.

Fast and tough enough to handle most garbage collection routes, these units are loaded from the side, either manually or with the help of an automated arm.

These are responsible for loading, unloading, and transporting portable containers from one location to another. They are characterized by the use of open, topless containers and the ability to roll and tilt them. Roll-off trucks allow operators to have containers at many locations, serving multiple customers with fewer trucks and drivers. CDUs underwent a revolution of sorts when Galbreath introduced the SLCH Series – a loaded container handler designed with safety in mind.

Before this, CDUs, with their containers’ center of gravity well behind the cab, weren’t equipment anyone would want to drive behind on the highway. Not to mention the unnerving sight of the container sitting at an angle, risking spillage at any time.

With the SLCH came a waste management vehicle that was engineered to handle the most challenging loads and to provide precision performance and superior durability at the same time.

• With the SLCH, you can transport loaded containers at highway speeds, safely, efficiently, and cost effectively.

• As the center of gravity sits in the front of the rear axles, the SLCH transfers more than 25% of the weight to the front steering axles, improving overall safety and handling while transporting.

• The container sits level on the chassis and is fully supported by dual rails, which also help to improve safety and handling.

• The combination of improved weight distribution and the ability to have the container sit level on the chassis enables smooth, safe transport of loaded containers weighing up to 8,000 pounds.

• The design allows smaller trucks to be used for container pickup, which is especially helpful when operating in tight, congested areas. Fuel expenditure and emission footprint are also significantly reduced with the use of smaller trucks.

• The SLCH provides legal overhang for containers, assuring that rear lights are clearly visible. By doing so, it eliminates the requirement for an Interstate Commerce Commission (ICC) bumper.

• The in-cab joystick facilitates a convenient, single-handed operation unlike the traditional lever controls on other units.

• There is no need to add marker flags or auxiliary light bars to make it safe and legal for highway use.

• There are back-up alarms and hoist-up alarms with signal lights to ensure safe operation at all times.

• The Galbreath SLCH is DOT compliant.

• The unit can be operated by non-CDL drivers. 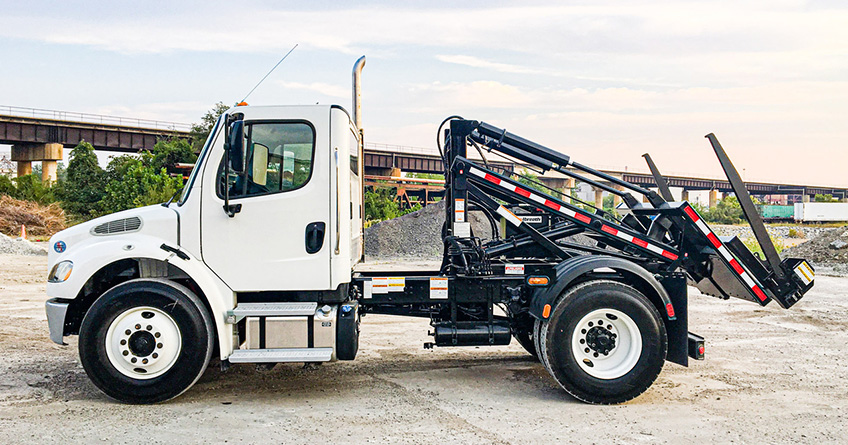 The CH8000 is the Galbreath unloaded container handler that carries front and rear load containers in a yard. Or spotting empty ones for new contracts. The units can be purchased with or without a rotator for emptying loaded containers.

• Their capacity is 8,000 lbs. with both rotating and non-rotating heads.

• There are back-up alarms and hoist-up alarms with signal lights to ensure safe operation at all times.

Looking to buy or rent a CDU?